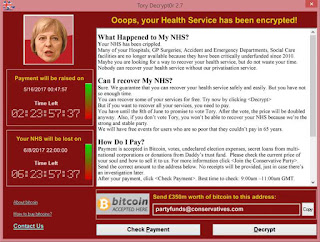 What Exactly is this Virus?

It’s a ransomware attack that encrypts your files and demands bitcoin payments to unlock them. It spreads across networks using the SMB protocol so if a single unpatched PC or server is attacked your whole network can become infected, as happened to the NHS. It’s called WannaCry because…

Where did it come from?

Well this is embarrassing. The malware is based on the EternalBlue exploit developed by the NSA. Rather than protect their citizens by letting Microsoft et al know about this security hole, the NSA chose to exploit it to spy on people instead. Then they were hacked by a group called The Shadow Brokers and the hackers made the vulnerability public, which kind of makes them the good guys. Ironic really.

I’m infected – what should I do?

Switch off the infected computer(s) immediately. If necessary just yank out the power cable as every second it’s left on it will encrypt more files. Then it’s time to call in the experts who will clean the infected systems and restore any encrypted files from your backup. This is the bit where you are glad you invested in backup software.

Will it affect me?

Hopefully not - Microsoft also found this vulnerability on their own and released critical security update MS17-010 back on 14th March 2017. As long as your systems are up to date you should be safe. For older systems (Windows XP, Windows Server 2003 R2), Microsoft released special patches. The NHS has been hard hit because they use out of date operating systems (including Windows XP!)

Does it affect Macs?
Not at present but new variants are appearing all the time, so don’t get complacent. Apply operating system updates!

How to I check for updates?

Check For and Install Updates in Windows 10:
In Windows 10, Windows Update is found within Settings.

First, tap or click on the Start menu, followed by Settings. Once there, choose Update & security, followed by Windows Update on the left.

Check for new Windows 10 updates by tapping or clicking on the Check for updates button.

In Windows 10, downloading and installing updates is automatic and will happen immediately after checking or, with some updates, at a time when you're not using your computer.

Check For and Install Updates on a Mac:
Open the App Store app on your Mac, then click Updates in the toolbar. If updates are available, click the Update buttons to download and install them

The Mac App Store shows updates for Mac, not updates for iPhone, iPad, or iPod touch. If you don't have the App Store on your Mac, get updates by choosing Software Update from the Apple menu.

If you don't see an expected Mac update:
Install any updates that are available, then check for updates again. Some updates appear only after installing other updates, and some updates are part of other updates. For example, updates for Safari don't appear, because you get them as part of macOS updates.

Use the Search field in the toolbar to search for the app that you want to update.

Click Purchased in the toolbar to see which apps you got from Mac App Store. If you got an app from somewhere else, check with the maker of the app for updates.

If you're using OS X Snow Leopard or Lion, get OS X updates by choosing Software Update from the Apple menu. Get app updates from the Mac App Store.

Tap or click Check for updates to check for new, uninstalled updates. Installation sometimes happens automatically or may need to be done by you via the Install updates button, depending on what version of Windows you're using and how you have Windows Update configured.

Similar to the Control Panel applet and Windows Update tool in newer versions of Windows, available Windows updates are listed, alongside a few simple configuration options.

Checking for, and installing, uninstalled updates is as easy as clicking those respective links and buttons on the Windows Update website.

Important: Microsoft no longer supports Windows XP, nor versions of Windows that preceded it. While they have issued a specific patch for this attack this really is a wakeup call for you to upgrade!
Posted by Peter at 12:42 No comments:

Our Business is Changing 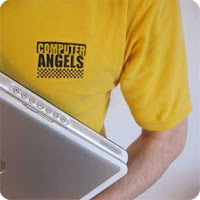 As the Chinese proverb says, we live in interesting times.

In recent years we seen a sharp increase in our overheads, and the impending changes in the new business rates and rent increases are going to have a significant impact on our costs, not to mention Brexit adding 20% to the cost of imported hardware. This has made for a challenging climate for most small businesses, and it's inevitable that we will need to adapt to the new business climate.

Our last price increase was in January 2011, and we’ve made every effort to keep our prices as low as possible, however as with most of our competitors, we realise that we need to increase our prices if we are to maintain the service levels that our customers expect from us, so from 1st May 2017 we will be increasing our prices as follows:

Over the last decade we’ve seen a dramatic shift in the way we support our customers. Originally we used travel to the customer’s office  to resolve anything but the simplest problems, however with the improvement of remote support tools, we now do the majority of our work remotely. This is great news for our customers as it dramatically reduces support costs, however the changing approach to how we support you means that our relationship with our customers has also evolved

One important aspect of this, particularly when we are administering cloud services for you, is that we need to keep more detailed information about your licenses and settings. Needless to say trust is of paramount importance, particularly when you also allow us remote access to your computers, and this has led to a closer relationship with our customers.

For many of our business customers in particular, we feel that the pay-as you-go model no longer suits the new style of relationship. One important aspect of this is that as support incidents take less time to resolve it has become increasingly uneconomical for us to invoice for many incidents, which has resulted in an increasing amount of our work being given away for free.   It therefore makes sense to move the remote and telephone support services into a new charging model where we charge £25+VAT per computer;  we believe that this amount is both affordable for small business, and competitive as it will include unlimited remote and telephone support, and for customers who choose this model we will continue to charge site visits at our old 2011 rate. We will be phasing in these changes over the course of the next few months, so there's no need to do anything just yet.

We will also offer these customers a Service Level Agreement so that you can benefit from guaranteed response times, and for those who want a higher level of service we will offer packages that also include free on-site support. Please let us know if you want more information about this.
Posted by Peter at 17:49 No comments: