The Right to be Forgotten 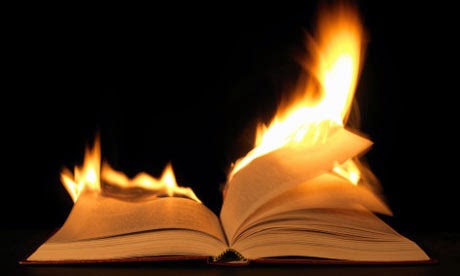 Until today I’d never heard of  Stan O'Neal, but this gentleman has succeeded in making the news despite trying to achieve exactly the opposite.

O'Neal is suspected of using the new "right to be forgotten", following a ruling in May by the European Court of Justice that Google must delete "inadequate, irrelevant or no longer relevant" data from its results when a member of the public requests it. I say suspected because he is the only person mentioned in the linked article, and if that’s the case he gets very little sympathy from me.

When Google received the take-down request it contacted Robert Peston who wrote the original article informing him of this development, which is a clever move because it’s galvanising the press into exposing the ECJ ruling as utter nonsense.

Peston points out that his reporting shouldn’t be classified as inadequate, irrelevant or no longer relevant, and I believe the same goes for all factually accurate reporting – and remember that the original article is remaining in place – it’s Google’s link to it that is being removed. So we’re not actually burning books here, just making them inaccessible.

I see this as an ominous development, and would go so far as describing it as Orwellian because Orwell knew that once you control the news a person sees, you control what they think. I also think that sleaze bags - especially those in public life - shouldn't be allowed to crawl away from their sordid pasts.

Free speech aside, I am reminded of my first forays onto the internet in the early nineties primarily because it was utter rubbish. Unless you knew exactly where you wanted to go you were unlikely to find anything relevant because the search engines of the day were useless. Admittedly there wasn’t actually much content out there in those days, but now we’ve finally got so tantalisingly close to the font of all knowledge it seems we are looking for ways of turning off the tap.

It’s not just the right to be forgotten that jeopardises our future – most governments want to control us by restricting what we see; censorship starts by targeting the universally abhorrent, but pretty soon you’re into grey areas  and then it’s back to quoting Orwell (or Heine) again.

I’m passionate about the freedom of the internet because it transcends governments and borders – it’s the ultimate medium of communication; all we need to do is make sure we keep talking. And in the meantime we can use it to answer all the important questions like is there vitamin C in oatmeal (no), and is Stan O'Neal a total dickhead (you know the answer to that).
Posted by Peter at 17:11